The National Apprenticeship Awards are a fantastic opportunity to showcase the apprentices, employers and champions who have gone above and beyond in spite of the challenges faced in the last year.

We selected a small number of Capella delegates who we believed had an outstanding story to tell and recommended that they submitted an entry for the Higher or Degree Apprentice of the Year Award.

So we’re delighted to tell you that one of those delegates has been notified that she’s a Regional Finalist in the National Apprenticeship Awards for the East Midlands region!

Capella learner Olga Osipova at VF Corporation was notified on the 29th September, that she’s a Regional Finalist in the National Apprenticeship Awards 2021 #AppAwards21 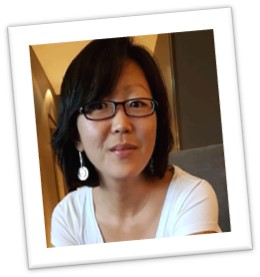 Olga, who completed the L4 Improvement Practitioner apprenticeship, will now attend the East Midlands Regional Awards being held on the 20th October. Winners from the Regional Finals will then be shortlisted for the national stage. This shortlist will undergo a second tier national judging process where the national finalists will be selected. These Finalists will be announced on the 12th November. Only national finalists will be invited to the National Awards ceremony on the 1st December. For details of the ceremonies please contact info@AppAwardsRegistration.co.uk

Olga was delighted and contacted Capella to tell us her great news and to thank her tutor Mick Dickenson for his support. Mick said “This recognition for your exemplary work throughout the programme is just reward, very, very well done”.

Amrik Gill Operations Director at Capella said “Congratulations Olga,
very well deserved. The work you completed as part of your apprenticeship journey, was benchmark. We will all be wishing you even more success on Final’s day”.

#Goodluck Olga from all of the Capella team!